Before High School - The Beginnings

Education is simply the soul of a society as it passes from one generation to another. G.K. Chesterton

Some photographs we have of elementry school classes. If you send more, we will post them here as well. And any identifications of class members will be added as well. Each elementry sxhool class show here is thought to have future members of PAHS 1960.

And although this is the remodeled Salvation Army building with a new addition
added on right side (some of us were in left brick section first floor), this is where some kindergarten grads learned to scribble.

A note from Terry Gumbert about the following three photographs: The first photograph below shows Miss Crawford’s Morning Class, 1947, in the Old Salvation Army Building. These were to become the PHS class of 1959, but a long illness threw me into the class of 1960. I’m glad I joined you! If you study the faces in these photographs very carefully you can identify some of our 1960 classmates.

Some of our classmates when we all were very, very young.

Weren’t these wonderful times! To see a photo enlarged, double click it. And if you have more information for captioning, please pass it on to me. Photos courtesy of Terry Gumbert. Thanks.

These pictures are thought to be of our classmates while in various grades at the Mary A. Wilson Elementry School. If you see yourself or another classmate, let us know and their name(s) will be posted on the right.

Initiallly two pupils were unidentified. But now, thanks to Diane Ecelberger Bish who recognized her Big Run classmate as Ray Bargerstock, there is only one, a girl, remaining unidentified. Can anyone identify the unknown scholar?

An external Website hosted by the Punxsutawney School District, lists all the closed elementary schools in the Punxsutawney School District. It gives photographs for most of them. It lists about 120 schools, most of which were very small. As one of our classmates attended such a school in Albion, I posted a picture of one of the two now closed elementary schools in Albion, the picture for the other being currently unavailable. Both closed in 1959.

Teaching tools for reading and writing.

The books are shown in pairs. We think the ones on the left were printed before world war 2; that essentially none were printed during the war, and those on the right printed in the late 1940s. At this time (2017), most are still available over the internet.

Fig, Left:
EXPLORERS-Five Explorer Boy Scouts from Punxsutawney and Indiana, Pa, embarked today at Salamanca, N.Y., in three canoes on a 187-mile, nine-day journey down the Allegheny River in Pittsburgh. Accompanying them, right, was Scoutmaster Ray Blose. Others from left are Bill Frese, Bill Smorey, Neal Biril, Jerry Popovich and James Fulton. Biril and Popovich are 16. The rest are 15. (Newspaper Article)

Butch White sent out these photos of the old Jackson Building Auditorium. Terry Gumbert commented One particular memory that crossed my mind and I hope many of you remember was our yearly grade school programs conducted on that stage. Every now and then a flash of memory from the past passes through our thoughts bringing a smile or a tear. 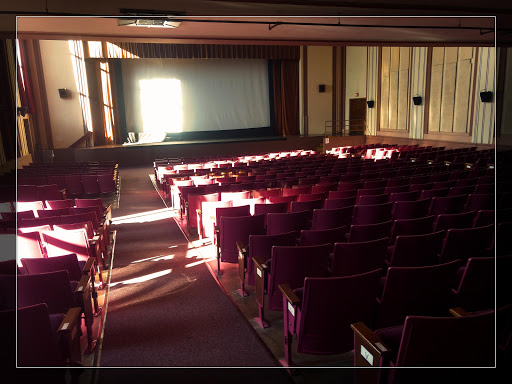 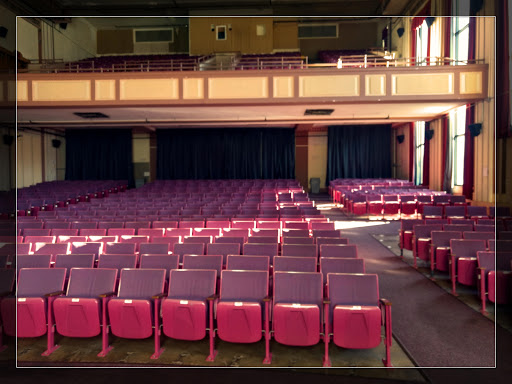 This is the end of this file, but it was, in fact a great beginning.